The Coliseum is an area in which your dragons can face off against a variety of colorful, dangerous monsters for loot and experience.

Within the Coliseum, you can organize a party of up to three dragons, equip them with abilities (known as Battle Stones), allocate their stats, and pick stages to fight within. Each stage has a recommended level range and is chock full of unique adversaries. Dragons who are defeated "fall asleep"—if all dragons on a team fall asleep, they will lose 5 energy points each and start the next battle without the resources they've built up; dragons cannot be permanently harmed by battling in the Coliseum. If a dragon is lacking enough energy to fight, their image in Organize Party is colored red.

Coliseum parties must contain 1 to 3 dragons. In order to be in a party a dragon must:

Nesting dragons can be in Coliseum parties.

When starting a Monster Battle, there are several areas to battle in (commonly referred to as venues):

Dragons gain experience for each battle in a reasonably challenging venue, up to level 25. For every level, a dragon gains 30 additional health points.[1] New levels are gained when sufficient experience has been accumulated. Ability to earn experience—and bonus experience for the area—is determined by the highest-level dragon on the team.

Examples: a team with a level 11 and two level 10s won't gain a bonus from the Sandswept Delta, because the level 11 is fighting below its recommended level, but the team will gain a bonus in the Blooming Grove. A team that includes a level 25 dragon will earn no experience in the Rainsong Jungle or any lower-level venue, except against the rare boss monsters.

Every dragon (and monster) has seven stats. Each stat point added increases the following:

Each battle stone has its own mathematical equation based on a dragon's stats to determine how much damage is dealt when used. When a critical hit is struck it deals twice the normal damage. The minimum amount of damage for a normal attack is 1, and the minimum critical hit amount is 2.[2]

Battle items can be used during battle. Most are usually abilities or attacks that are equipped to your dragons before battle. Non-attack items include potions that heal your dragons or that remove negative status effects.

Battle Stones are used to increase the stats of your dragons or add new attacks and abilities. Some require the dragon to be at a certain level before that stone can be equipped, others are elemental and can only be used by dragons of a certain element.

Different monsters will fight you, and they vary between areas in the Coliseum. The enemies you fight have unique items that drop from them, and some of them may even join you as familiars after the battle.

Each monster has a different elemental alignment and skill set depending on the venue they are found in. Some venues are more heavily populated by monsters of a certain element, e.g. the Boreal Wood has more Ice-aligned monsters than any other venue.

See also: A list of monsters found in each venue.

Some venues have special "boss" monsters that appear less often than normal monsters. These monsters always appear alone and are visually larger than the other monsters, and in addition have more health and deal more damage. Each venue that contains a boss has two color variants of it with different elements. The Coarsefur Yeti is a special case as it is stronger and rarer than the other Boreal Wood monsters, but does not have a counterpart and does not always appear alone. However it was the first and only boss-like monster that existed in the Coliseum for a while. Many users refer to it as a "miniboss" instead of a full-fledged boss monster. 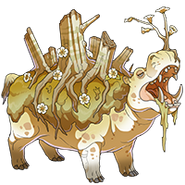 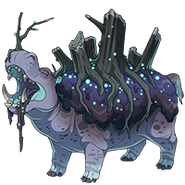 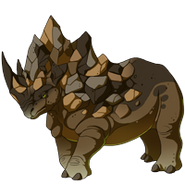 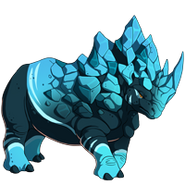 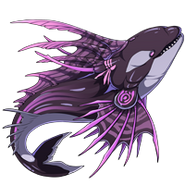 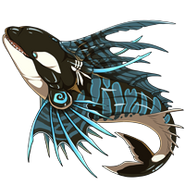 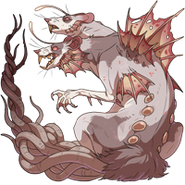 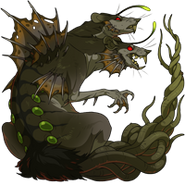 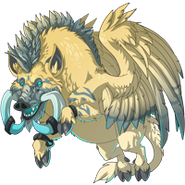 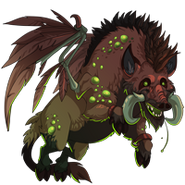 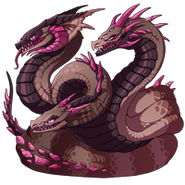 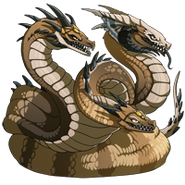 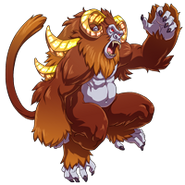 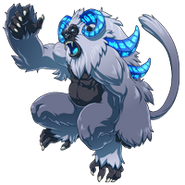 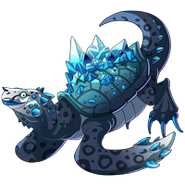 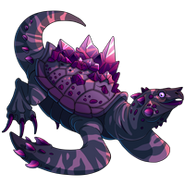 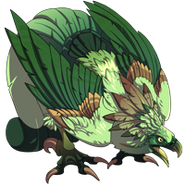 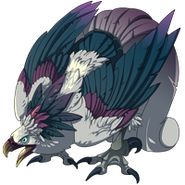 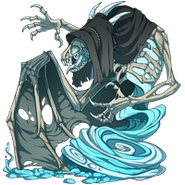 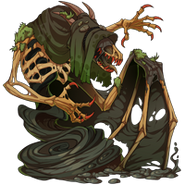 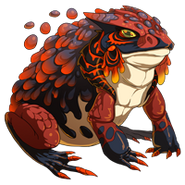 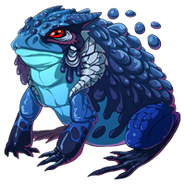 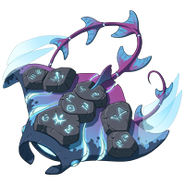 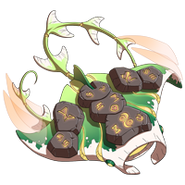 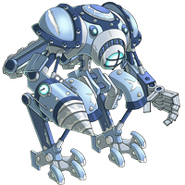 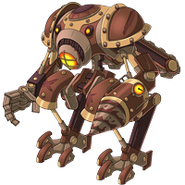 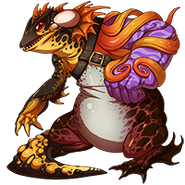 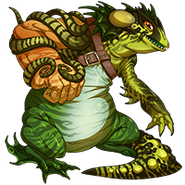 Terror Toad - Forbidden Portal
Add a photo to this gallery

Each monster has one of the eleven elemental types or it is neutral. Certain elements fare better or worse against other types. Your dragons' elements can play a key role in whether you win or lose a battle, if the levels are evenly matched.

Below is both a written chart and a visual chart. 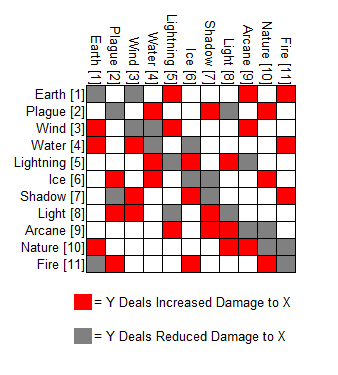 Retrieved from "https://flightrising.fandom.com/wiki/Coliseum?oldid=106804"
Community content is available under CC-BY-SA unless otherwise noted.