Exalting is a way to remove a dragon from the site. By exalting a dragon, one will increase their flight's dominance and receive a reward consisting of treasure and sometimes gems. Progenitor Dragons will not reward the player when exalted. Under normal circumstances, once a player exalts a dragon they permanently leave their lair and account. An exalted dragon is not owned by anyone and cannot breed, wear apparel, or be otherwise interacted with like a normal dragon. However, they can still be visited to see the dragon's parents, offspring, and the colors and genes they had.

If a dragon was somehow exalted by mistake or a player otherwise changes their mind, exalted dragons can be restored thanks to an update on October 25th, 2017. Progenitors may be restored whenever a player wishes with no limits except lair space and a 3 day cooldown in between each restoration. For any other dragon, they are required to have been exalted within the last 14 days to be eligible to be restored. In addition, there is a treasure fee for that dragon similar to the exaltation payout and a limit of using the restore feature once every 90 days.[1] As reference, restoring a level 1 dragon would cost around 2,500 treasure since that is around how much the dragon "leaves behind" when exalted.

Players receive a monetary reward for exalting their dragons. While this reward was previously considered quite low in comparison to the time and effort necessary to raise a dragon to the maximum level of 25, an open discussion in the community resulted in an update to the exaltation payout-per-level. Rather than a fixed amount, rewards are generated in a Treasure range akin to the method used with different types of of chests. The average earning for exalting a dragon, by level and not counting exalt bonuses, is as follows:[2]

On October 15, 2013, a bonus system was put into place to reward extra treasure along with the leveled earnings. The bonuses for the day are listed on the Flight Rising home page. They are found to the right of the page, just under the 'Random Dragon' box.

Every day you can get bonus treasure for exalting a dragon that matches one (or more) of three traits: A random color, a random breed, and a random gene. Using the picture on the right as an example, if you were to exalt a level 1 mirror with a clown gene you would earn (using the 2498 as the average for a level 1) around 4998 treasure.

Dominance is determined by a flight's dedication to exalting dragons. These dragons leave their home lairs to forever serve under their elemental deity, using their combined power to help combat the other flights, as well as the newly-emboldened Beastclan hordes.

On January 16th 2018, the code for the exalted dragon pages was rewritten. This brought about the beginning of Flight specific exaltation pages that change the visuals to better capture the individual flavor of each element.[3] Plague was the first to debut its own themed art and the rest slowly were added in the following months. Depending on the deity a dragon is exalted to, the background art varies and can be seen below. 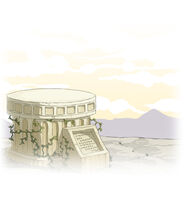 The default pillar displayed before the art change 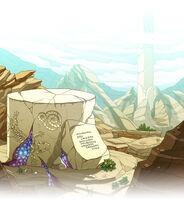 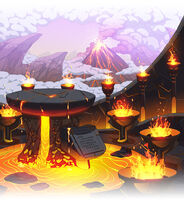 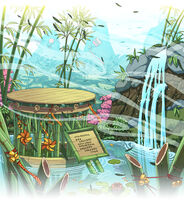 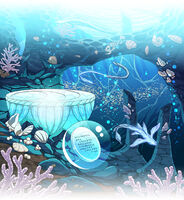 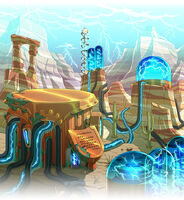 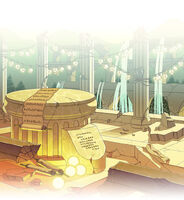 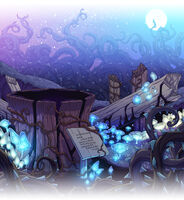 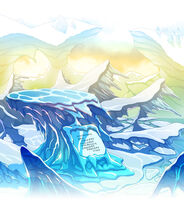 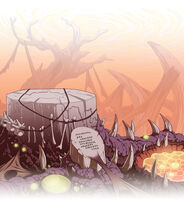 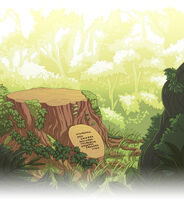 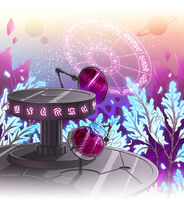 Below are what the pages look like with dragons on the pillars, the short explanation, and the parents and offspring box displayed.

Community content is available under CC-BY-SA unless otherwise noted.
Advertisement