The Nature Flight is one of the 11 Elemental Flights in Flight Rising.

Its reigning deity is The Gladekeeper, and its members reside in the Viridian Labyrinth. Nature dragons' eyes come in shades of deep, leafy greens. It is the 7th largest flight as of June 22nd, 2020.

The Nature dragons of the Viridian Labyrinth are druids. They prefer to be as wild and primal as the ancient forests they call their home. Of all the dragons, Nature dragons are the most nurturing, enjoying the care and cultivation of flora and fauna, spreading an overgrowth of life where once there was none. Seeds and rare flowers are their favored treasures. 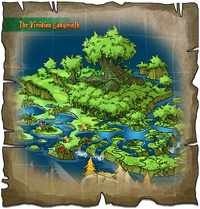 The Nature Flight is centralized in the Viridian Labyrinth. The land is separated into four regions: Everbloom Gardens, the Gladeveins, Shrieking Wilds, and The Behemoth. The Labyrinth is located in the top right corner of the map, with the Earth, Shadow, and Light Flight territories across the water.

Several associated locations—Woodland Path, Blooming Grove, Rainsong Jungle, and the Mire—can be visited in the Coliseum.

Familiars that can be directly related to the flight by their description and/or elemental affinity in the Coliseum.

Frogspawn Flyer
Add a photo to this gallery

Food items with descriptions that clearly link them to the flight.

This fish tends to hide amidst the grass growing in the marshes.

These turtles are plentiful off the coasts of the Viridian Labyrinth, where Nature dragon culture expressly forbids eating hatchlings that make the annual gauntlet from their beached nests to the water's edge.

Ivy grows fast, so fast it can cover a den in mere weeks. Whether that's a blessing or a curse depends on your tastes.

All manner of creatures can hide in this tall grass.

A bountiful hanging vine that can hold quite a bit of rainwater in its many leaves.

Nature has produced a plant that looks exactly like a rock. Unfortunately it also looks a little bit like a butt.

Found thriving in the Gladeveins of the Viridian Labyrinth, this large rodent usually wades in the aqueducts looking for fish, frogs, or crayfish to eat.

Apparel items that can be directly related to the flight by their description and/or appearance.

A glowing nature rune; the sign of a true magical adept.

A green jeweled armband, commonly worn by denizens of the Viridian Labyrinth.

A pair of root-like horns sprouting from the head, coupled with a tree-trunk charm worn around the neck.

A ceremonial sash gifted to those who have brought honor to the Viridian Labyrinth.

Dedicated acolytes of the Gladekeeper may transport precious saplings and extend the reach of the forest.

A glorious crown awarded to dragons who have shown good leadership while visiting the Viridian Labyrinth.

An ethereal gown that changes hue among foliage.

A living lining protects and obscures.

Encircling the head, this halo of verdant branches is the magical sign of a powerful individual.

Envoys of the Gladekeeper can spread the magical motes of life wherever they go.

The druids of the Nature flight bear their colors proudly on the battlefield. This verdant standard inspires all who see it flying proudly.

The Everbloom Gardens aren't just naturally beautiful. They take a dedicated group of botanists and gardeners to maintain, and many devote their lives to keeping the blooms fresh and healthy.

Carrying a pair of flowering gladeboughs can encourage a festive atmosphere at many events!

Twisting vines ward the forest's edge, and protect those who honor the way of the wood.

A basket growing a bundle of fragrant herbs.

This voluminous cape repels insects and protects against thorns.

A durable leather tome filled with ancient knowledge of the Nature Flight.

A crown woven from fresh red roses. Made by a skilled Nature dragon, this crown is enchanted to never wilt.

A tropical flower native to the Viridian Labyrinth. This particular genus changes color depending on its proximity to bodies of water.

Other items that can be directly related to the flight by their description and/or appearance.

An ancient stone bearing the ancestral rune of the Gladekeeper. Such a find should be kept as a prized possession.

A giant bladed leaf, covered in dew. This can be traded at the Festive Favors shop during the Greenskeeper Gathering.

This wooden chest is covered in moss. Opening the chest causes the living decoration to wilt and fall away.

A fertile, earthen pod that has attracted a healthy colony of fireflies. It is bursting with ripe, healthy green leaves and looks about ready to bloom.

A crudely-fashioned stuffed doll that resembles the Gladekeeper. It's constructed from an old linen knapsack and covered in moss and leaves.

A creative topiary fashioned to resemble the Gladekeeper. It bears lush and supple leaves without the need for watering.

Released during the 2017 Greenskeeper Gathering.

Released during the 2018 Greenskeeper Gathering.

Features a field of spring flowers.

Features a colorful array of succulents.

Legends say that most of the realm's amber was formed in an ancient battle between the Flamecaller and the Gladekeeper, where terrible forest fires polymerized resin within the trees in the Viridian Labyrinth.

Fungus-laden branches may be left at the doorsteps of clans that encroach too close to the edge of a grove.

An impression of one of the Gladekeeper's earliest creations.

Verdant shells make for an interesting planter. Place soil inside and they will act as both container and plant life.

Nature dragons wield the primal powers of plantlife. Nature deals increased damage to Arcane, Earth, and Light, and is weak to Fire, Ice, and Plague.

A whipping slash of roots and leaves. Deals close-combat Nature damage to one target. May only be used by Nature dragons.

A vengeful surge of earthen energy and vegetation. Deals Nature damage to one target. May only be used by Nature dragons.

Creates a venomous pool of acid beneath the enemy. Has a chance to apply Poison (the target takes periodic Nature damage). May only be used by Nature dragons.

When assigned, this fragment empowers one Nature dragon with +2 Intellect.

When assigned, this fragment empowers one Nature dragon with +2 Strength. 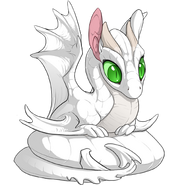 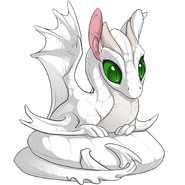 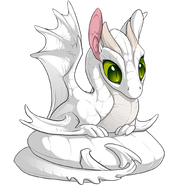 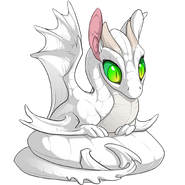 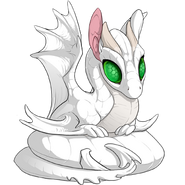 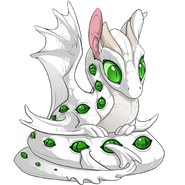 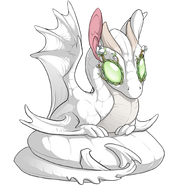 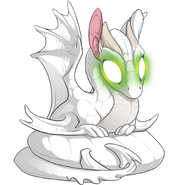 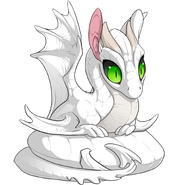 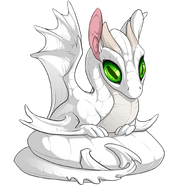 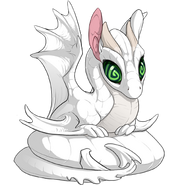 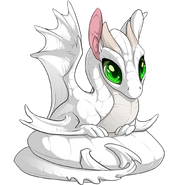 Innocent
Add a photo to this gallery

Currently, Wildclaws are the only breed native to the Viridian Labyrinth. 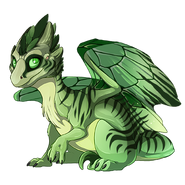 Wildclaw hatchling
Add a photo to this gallery

"A fertile, earthen pod that has attracted a healthy colony of fireflies. It is bursting with ripe, healthy green leaves and looks about ready to bloom." - Unhatched Nature Egg

Nature eggs resemble earthen seeds that have just begun to sprout. They are nested in a small patch of soil protected by tree roots and surrounded with lush grass. A small pond waters the area.

The Nature Flight background features a dense jungle floor with a wide assortment of trees, bushes, and vibrant flowers covering the area. A river runs through the labyrinth, housing mangroves, lily pads, and cattails.

The Greenskeeper Gathering is the annual elemental holiday of the Nature Flight. It takes place during the last week of May.

Nature tile in Runestones of the Arcanist

New Nature Banner
Add a photo to this gallery

Retrieved from "https://flightrising.fandom.com/wiki/Nature_Flight?oldid=107706"
Community content is available under CC-BY-SA unless otherwise noted.