The Wind Flight is one of the 11 Elemental Flights in Flight Rising.

Its reigning deity is The Windsinger, and its members reside in the Windswept Plateau. Wind dragons' eyes come in shades of light and bluish-green. It is the 4th largest flight as of June 22nd, 2020.

The Wind dragons of the Windswept Plateau are explorers. They prefer to be joyful and carefree, like the gentle and playful breezes that whisk them to new lands. Of all the dragons, Wind dragons are the most friendly, eager to become a small part of every community they encounter before they eventually and inevitably leave, following the currents in pursuit of a new adventure. Maps, compasses, and feathers are their favored treasures. 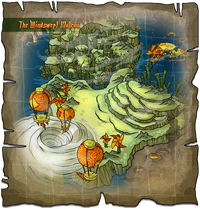 The Wind Flight is centralized in the Windswept Plateau. The land is separated into four regions: Zephyr Steppes, Reedcleft Ascent, The Twisting Crescendo, and The Cloudsong. The Plateau is bordered by the Arcane, Plague, Water, and Fire Flight territories, with the Ice Flight territory directly across the water.

Familiars that can be directly related to the flight by their description and/or elemental affinity in the Coliseum.

Terror Toad
Add a photo to this gallery

Food items with descriptions that clearly link them to the flight.

The hooks on its legs are adapted to holding on during windstorms.

This sparrow can fly amazingly high, only to pass out from lack of oxygen. They tend to be short lived and squishy.

Apparel items that can be directly related to the flight by their description and/or appearance.

A glowing wind rune; the sign of a true magical adept.

A light green jeweled armband, commonly worn by denizens of the Windswept Plateau.

A set of feathers that sprout from the head, giving the wearer unrivaled control of the surrounding air currents.

A ceremonial sash gifted to those who have brought honor to the Windswept Plateau.

This festive papercraft threatens to float away on each gust of wind that propels it.

A glorious crown awarded to dragons who have shown good leadership while visiting the Windswept Plateau.

A playful breeze whisks in this masked messenger.

This unassuming cape sounds like a field full of reeds when the wind plays across its folds.

Map your many adventures, and fly where the winds take you!

Encircling the head, this halo of swirling gusts is the magical sign of a powerful individual.

The condensed wind magic contained in this staffbound vessel is enough to provide an immediate and temporary boost of thermal wind to its carrier, making immediate takeoffs possible in nearly every environment.

The cheerful messengers of the Wind flight bear their colors proudly on the battlefield. This flapping standard inspires all who see it flying proudly.

An ornamental vessel of condensed zephyrs from the Reedcleft Ascent. While it looks purely cosmetic, it serves an important purpose: when strung up high in a tree, its mystical tail will always float toward the Windswept Plateau, pointing wayward wind dragons home.

These hovering wings leave a vapor trail with every flap.

A merry jingle announces the arrival of this messenger.

A pair of magical sandals with small, feathery wings. While not providing much in the way of speed, these eccentric shoes allow the wearer deftness and acute mobility when traversing the clouds.

A burnished metal helmet adorned with two tiny wings. It doesn't provide as much lift as its sandal counterparts, but helps keep the sun out of the wearer's eyes when flying at great heights.

A spring's breeze is a treat for bees, but not for all dragons - seasonal sneeze!

A durable leather tome filled with ancient knowledge of the Wind Flight.

Other items that can be directly related to the flight by their description and/or appearance.

An ancient stone bearing the ancestral rune of the Windsinger. Such a find should be kept as a prized possession.

A tightly-bound message, possibly meant for someone special. This can be traded at the Festive Favors shop during the Mistral Jamboree.

This box is surrounded by a fresh, playful breeze. As you approach, the lock begins to hum a merry tune and the air goes still.

A soft-shelled egg that is patterned with swirls. It bounces at every sound, as if it wishes to dance with the activities surrounding it.

A crudely-fashioned stuffed doll that resembles the Windsinger. It is made of fine satin cloth and held together with green ribbons.

A delicate vase, painted to depict the Windsinger. The brushstrokes appear to wriggle and dance across its surface, as if they yearn to peel off and fly away.

Released during the 2017 Mistral Jamboree.

Released during the 2018 Mistral Jamboree.

Features one of Wind Flight's native breeds, the Skydancer, on a Reedcleft Ascent backdrop.

Features one of Wind Flight's native breeds, the Spiral, on a Zephyr Steppes backdrop.

Features the Wind and Water runes.

A singular bamboo shoot, green and freshly-cut. Dragons in the Windswept Plateau often use these to build kites.

A bundle of bamboo shoots, green and freshly-cut. Dragons in the Windswept Plateau often use these to build kites.

This banded stone is a popular gift in the Windswept Plateau, and is commonly set in decorative patterns at the entrances to Wind dragon lairs, paired with protection charms.

Though ornaments made from jade are expensive in Sornieth's economy, the raw form of this particular stone is in heavy abundance in the rivers that run through the Windswept Plateau.

Wind dragons wield gusts and currents of air. Wind deals increased damage to Arcane, Earth, and Lightning, and is weak to Light, Shadow, and Water.

A cutting slash of warm air currents. Deals close-combat Wind damage to one target. May only be used by Wind dragons.

A powerful and focused jet stream. Deals Wind damage to one target. May only be used by Wind dragons.

Envelops the enemy in a swirling vortex. Has a chance to apply Berserk (the target has a chance to attack friend or foe). May only be used by Wind dragons.

When assigned, this fragment empowers one Wind dragon with +2 Intellect.

When assigned, this fragment empowers one Wind dragon with +2 Strength. 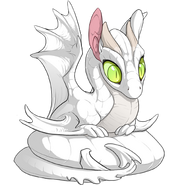 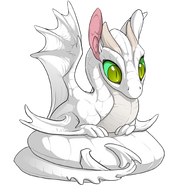 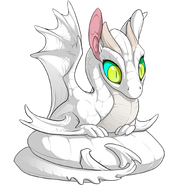 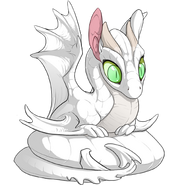 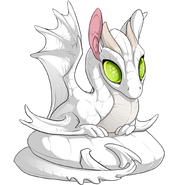 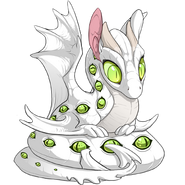 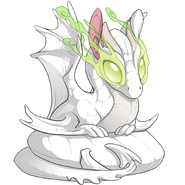 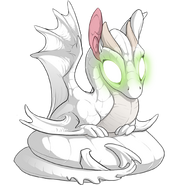 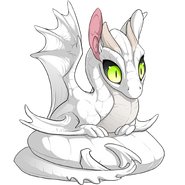 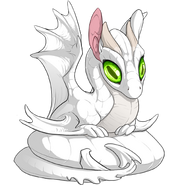 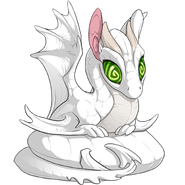 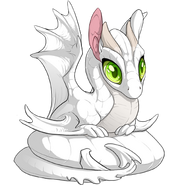 Innocent
Add a photo to this gallery

Currently, Skydancers and Spirals are the only breeds native to the Windswept Plateau. Skydancers originate from the Reedcleft Ascent subregion, and Spirals from the Zephyr Steppes. 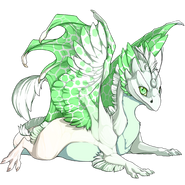 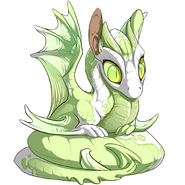 Spiral hatchling
Add a photo to this gallery

"A soft-shelled egg that is patterned with swirls. It bounces at every sound, as if it wishes to dance with the activities surrounding it." - Unhatched Wind Egg

The Mistral Jamboree is the annual elemental holiday of the Wind Flight. It takes place during the last week of March.

Wind tile in Runestones of the Arcanist

New Wind Banner
Add a photo to this gallery

Retrieved from "https://flightrising.fandom.com/wiki/Wind_Flight?oldid=107710"
Community content is available under CC-BY-SA unless otherwise noted.